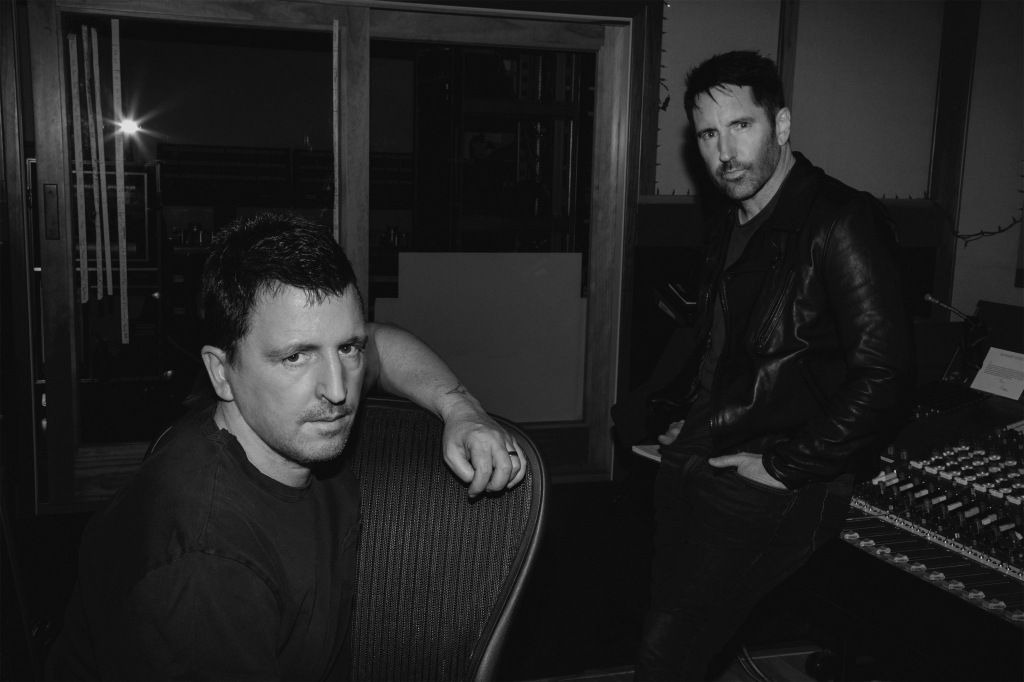 Nine Inch Nails have returned their new EP, Add Violence, out today via Caroline Australia. The five-song collection is the second in a series of three related EPs – the first of which, Not The Actual Events, was released in December of 2016.

Add Violence finds the band (Trent Reznor and Atticus Ross) becoming more accessible and impenetrable at the same time. The sonic palette expands significantly from Not The Actual Events, incorporating elements of beauty into the dark dissonance. The narrative arc linking the three records begins to emerge through the disassociated lyrics and the provocative and clue-filled cover artwork and accompanying physical component.

“Disconcerting synths, screeching guitars, and Trent Reznor’s distinctive snarl: Must be new Nine Inch Nails,” said Entertainment Weekly, which praised the new single Less Than as “another stellar NIN jam that doubles as anxiety-inducing freak-out and alt-rock radio catnip.” The New York Times noted, “Its nervous electro pulse and intensifying salvos of guitar noise hark back all the way to the Nine Inch Nails of Head Like a Hole from its 1989 debut album.” NPR Music lauded its “cinematic pop sheen” while Noisey observed, “It’s upbeat but dark and heavy in that signature NIN way, and Trent Reznor’s vocals are as much of an aural razorblade as they’ve always been.”

Rolling Stone heralded This Isn’t The Place, another track from Add Violence as “brooding and unsettling.” Consequence of Sound found it “intriguing” and Brooklyn Vegan observed, “It’s more proof that there’s no telling what moves Trent Reznor & co will pull in 2017.”