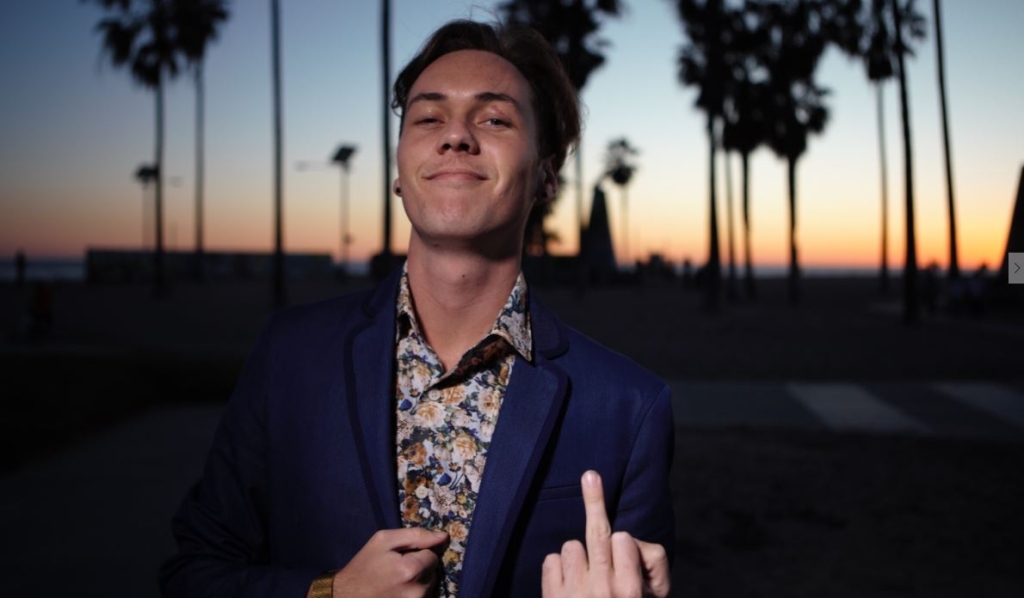 Former Townsville comedian Josh Wade will return to the city later this year as part of his national regional Me, Myself & Cunny tour.

The comedian and podcaster has been selling out comedy shows since the age of 15, and in this new show – performed earlier this year at Perth’s Fringe World, Adelaide Fringe Festival, Melbourne International Comedy Festival and Sydney Comedy Festival to rave reviews – he explores his relationship with the many masks and characters he has developed throughout his lifetime as an attempt to fit in, and his 20 year quest to find his comedic alter-ego, Cunny.

First creating viral online content from his Townsville home at just 13, Josh developed a passion for acting, comedy and video production. His online comedy career skyrocketed at the beginning of 2013 with the release of his sketch Shit Aussies Say and hugely popular street interviews in his series Aussie Opinion. These and various clips thrust Josh out of his hometown of Townsville into the bright lights of Los Angeles where he filmed his series Guide to America. He is also signed to Frontier Touring‘s comedy arm.

Most recently, in addition to touring his live show Me, Myself & Cunny, Josh is working on his debut podcast The Cunspiracy Podcast which so far has featured guests such as fellow comedians Frenchy & Neel Kolhatkar, Australian Idol and I’m a Celebrity Get Me Out of Here AU alumni Casey Donovan and journalist, public speaker and activist Phillip J Watt and reached over 175,000 views across it’s first 15 episodes; a documentary series, the first episode which covers Australia’s largest weed protest was released in May and has reached over 10,000 views, with more episodes coming soon; and a new weekly webseries Cunspiracy where Josh tackles subjects such as Pauline Hanson, the future of the media and  Schappelle Corby, averaging on 20,000 views an episode so far.

Josh, who is currently listed in the Top 100 Australian YouTubers, has earned himself one of the largest comedy fan bases in Australia gathering over 1 million online followers. With a constantly growing online presence garnering him thousands of new fans each day, this young comedian has cemented himself as a worldwide prospect for Australian comedy and beyond.

Me, Myself & Cunny Regional Tour dates:

Watch the trailer for My Weed Documentary here: