The rain is affecting Mackay’s leg of The Grass Is Greener festival this weekend in more ways than one. An accident involving the festival’s ATM supplier on the way to the city means patrons will have to BYO cash money tomorrow as there will no longer be any ATMs on site. “Unfortunately our ATM supplier has had an accident on the way down to Mackay,” … END_OF_DOCUMENT_TOKEN_TO_BE_REPLACED 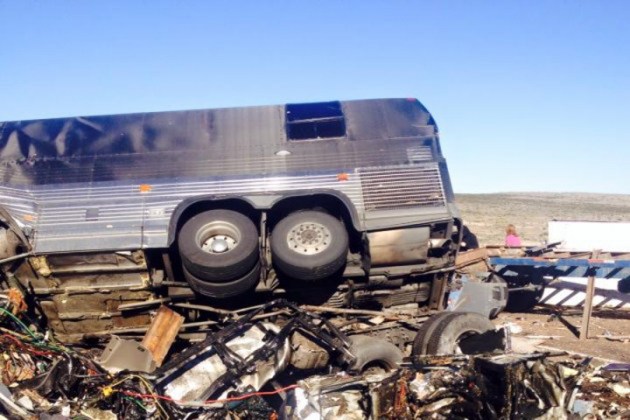 Los Angeles-based metal core band The Ghost Inside (formerly known as A Dying Dream) is making headlines for all the wrong reasons today, after being involved in a fatal crash on tour in the US. The band’s tour bus reportedly collided with a semi truck en route from Lubbock, Texas, to Phoenix, Arizona. The drivers of both vehicles died at the scene. Band members and … END_OF_DOCUMENT_TOKEN_TO_BE_REPLACED