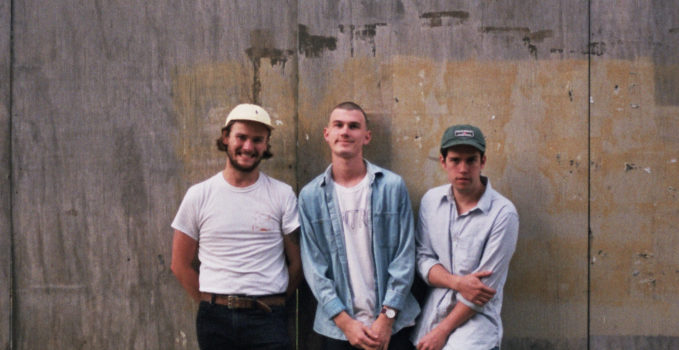 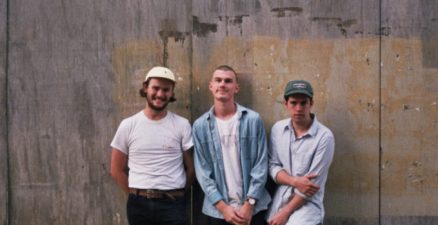 Brisbane trio Good Boy have been having a killer year. The guys have enjoyed airplay on Triple J, performed at Splendour in the Grass, are currently touring with Grinspoon and Hockey Dad, and will soon perform at Bigsound and Yours & Owls Festival alongside At The Drive In, The Presets, Illy, Northlane, Dune Rats and Allday.

For those not yet familiar with the name, it’s time to get used to it because you’re going to be hearing a lot more of it. We caught up with vocalist Rian King minutes before he took to the stage in Cairns to get a little more dirt on the band, touring, and what’s coming up.

Girl: Hi Rian! How are you? How’s your day going?
Rian King: “Hey, I’m great! I just took out the power for the whole venue, but we had a great day and I’m in great spirits.”

Girl: So who (and what) is Good Boy?
RK: “Good Boy is a band I play bass guitar and sing in. Two of my oldest and best friends Tom (Lindeman) and Stu (Mckenzie) play in the band also, on electric guitar and drums, respectively.”

Girl: How did you guys meet, and what made you say, ‘screw it, lets start a band’?
RK: “Thomas and I have known each other since we were 14. Stu went to the same high school and was a grade underneath us. Stu and I have been playing music together for almost five years in another band called Jouk Mistrow. Tom convinced me two and a bit years ago to start a band and stu was the obvious choice for tubs.”

Girl: You’ve played a few shows on the GTBL20 tour now, how’s it been so far?
RK: “Touring with the grinnerz has been pretty great. We’ve learned alot. We really like the hockey dads as well so that makes it really easy.”

Girl: How old were you when the GTBL album was originally released?
RK: “I guess I was 1? Stu was just a fetus maybe?”

Girl: Grinspoon are pretty much veterans of the Aus music scene now, have the guys imparted any words of wisdom?
RK: “They may have. Nothing I can recall.”

Girl: What realities of touring have you discovered that you weren’t expecting?
RK: “I’m not sure to be honest. We just try to stay well fed and rested. Not burning ourselves out is important.”

Girl: What are three essentials for your rider?
RK: “Haha if we ever get our rider filled in I’ll let you know. As long as we get a beer or two it’s all good.”

Girl: Tell us about playing Splendour, that must have been a trip?
RK: “Playing Splendour WAS a trip! It was quite surreal. We had our best friend Ethan doing our sound, we had mates either side of the stage and littered everywhere throughout the crowd and that was the best feeling.”

Girl: Was that your biggest show to date?
RK: “Probably, yeah!”

Girl: You’ve been announced for the Bigsound lineup as well, what else is on the horizon for you guys this year?
RK: “Hey yeah! I’m so keen for Bigsound. Not sure to be honest. Record and release some music, tour. You know the deal.”

Girl: (Your EP) No Love For Back Home has been out for a while now, when can we expect a full length album?
RK: “We are talking about what we’re going to do regarding an album. It’s going to happen. We’re writing but we also want to travel and focus on other things that are important.”