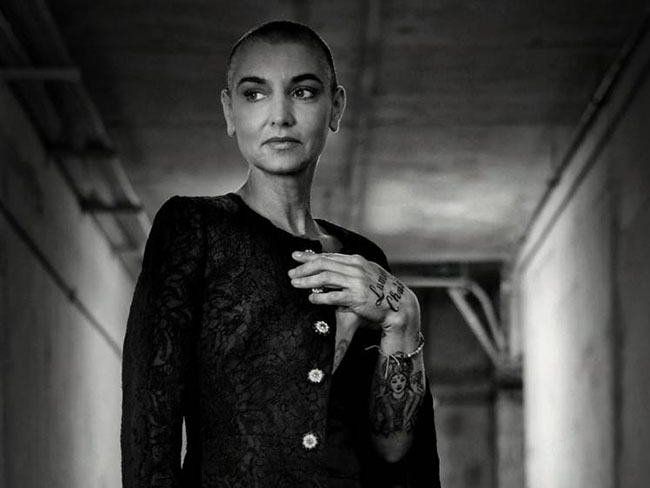 Irish singer-songwriter Sinead O’Connor has been found safe and sound after a series of increasingly disturbing posts on her Facebook page – the last saying she had taken an overdose.

“There is only so much any woman can be expected to bear. What was done to me this week was appalling cruelty. By my husband, my family, by St Pats and by An Gardai Siochana, by my son, Jake and by Donal Lunny and Angela singleton, by my son’s girlfriend, his friends… after everything I’ve been put through and been forced to go through alone .. And punished for having to go through since I had the surgery on August 26th. Or since Shane became unwell in March, This week has broken me. The withholding of my babies from me without any sound reason by their fathers, Frank and Donal, and by Jake and the rest of my family, is a horrific set of betrayals. And has been going on since I had my surgery. The last two nights finished me off. I have taken an overdose. There is no other way to get respect. I am not at home, I’m at a hotel, somewhere in ireland, under another name
If I wasn’t posting this, my kids and family wouldn’t even find out. Was dead for another fortnight since none of them bother their hole with me for a minute. I could have been dead here for weeks already and they’d never have known. Because apparently I’m scum and deserve to be abandoned and treated like shit just when I’ve had my womb and ovaries chopped out and my child is frighteningly sick. I’m such a rotten horrible mother and Person, that I’ve been alone. Howling crying for weeks. And been told by them all t go fuck myself. I’m invisible. I don’t matter a shred to anyone. No one has come near me. I’ve died a million times already with the pain of it. So yeah.. Strangers like me.. But my family don’t value me at all. They wouldn’t know if I was dead until weeks from now if I wasn’t fucking informing them now.
well done guys, you’ve finally got rid of me. Sorry the penny didn’t drop sooner. I’m an idiot. When you planned to get me away from my babies did you plan for me losing my mind over it? It being the final straw? For how you’re gonna explain why I died? Make sure you tell the truth. BARRY.. THEY WONT. YOURE THE ONLY ONE WHO KNOWS ME OR THE TRUTH. PLEASE STAND FOR ME AND TELL IT. i can’t play twister. My children don’t care if I live r die anyway. Neither do their dads. Everyone is better off. Never ever do this to a woman again. Let this be your lesson. I survived it when John waters did it.. I can’t survive Jake doing it.”

The 48-year old, best known for her hit single Nothing Compares 2 U, has battled depression and tried taking her life in the past.
Gardaí (police) at Pearse St station told breakingnews.ie that O’Connor has been located “safe and sound and is receiving medical assistance.”

In other posts this week, O’Connor said she was depressed following a hysterectomy, and said she is “desperately in need of a job and a place to live.”

She also said she was quitting the music business:
“Music is over for me,” she wrote.
“Music did this. Rendered me invisible even unto my children. Murdered my soul. I’m never going back to music.”

Our thoughts are with O’Connor as she gets the assistance she needs.

If you or anyone you know is experiencing depression or suicidal thoughts, phone Lifeline on 13 11 14 or Beyond Blue on 1300 224 636 in Australia, or contact your local counselling service.