Move Over Prince Philip, Here’s A Gaffe For You!

The Australian newspaper is one of the more credible media publications… but here’s a post that shows even big-time media companies are subject to errors of crazy proportions.

If you live in Australia right now, you know there has been a lot of controversy, attention and commentary relating to Indigenous AFL player Adam Goodes and racism. Without going into too much detail, Goodes was named Australian of the Year in 2014 for his community work with the Go Foundation and his advocacy against racism, and two years ago had a 13-year old girl ejected from a stadium for calling him an ‘ape’ amongst more recent on-field booing.

There’s plenty more on the background story which you can easily find via Google.

Today, The Australian posted a news story on Goodes returning to training with his team, the Sydney Swans. Here’s the original post on mobile: 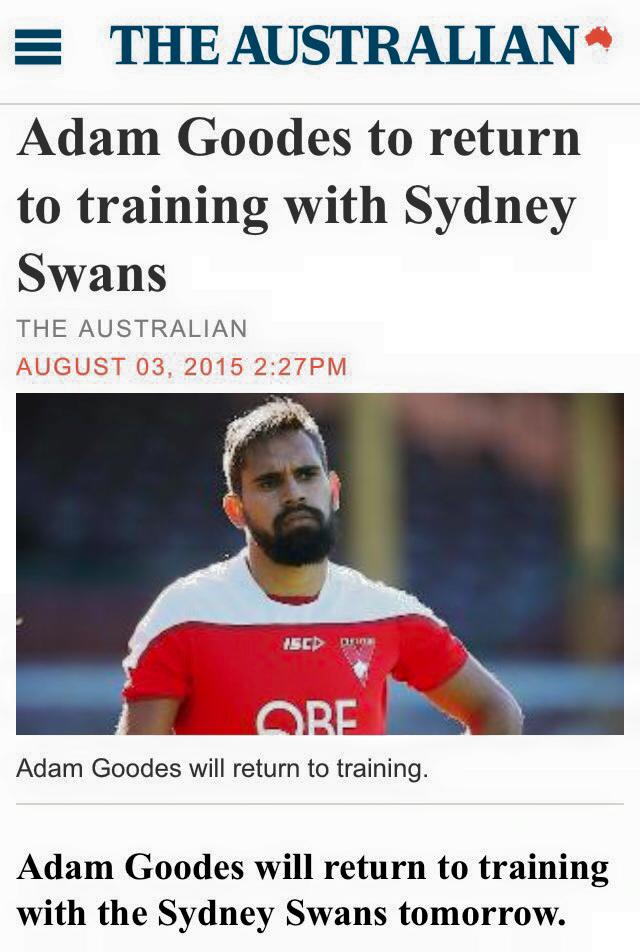 And on the web: 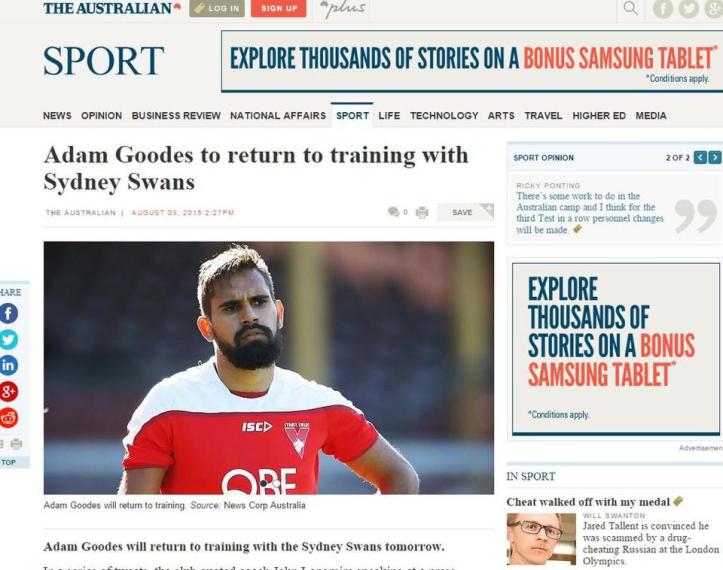 But – here’s the thing – that isn’t a photo of Adam Goodes.

It is, in fact, a photo of his Indigenous teammate, Jetta Lewis.

The publication has corrected the mistake, but not before it was picked up by readers. Great coverage, News Corp!