Friday the 8th of March marked International Women’s Day, and there was truly no better place to celebrate it than at a concert with a killer music lineup of all female artists, consisting of Rya Park, Jaguar Jonze and Clews..

With red roses adorning the stage the Clews sisters Lily and Grace kicked off their trilogy of Crushed shows to a sold out Melbourne audience, with the Workers Club in Melbourne providing the perfect backdrop for the show. 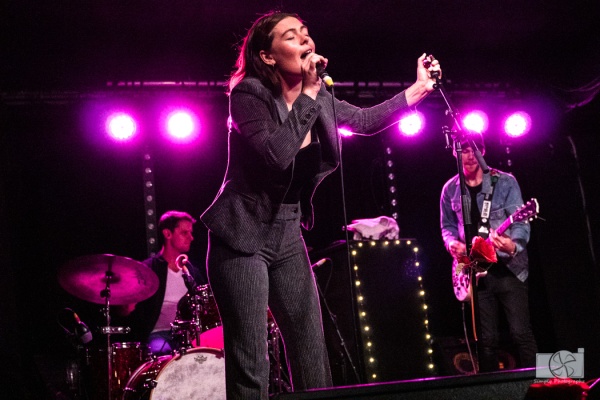 Rya Park kicked off the night, holding her own with a fun, energetic set including Paint The Sky Blue, Act Your Age, Do You Want to Slowdance, Tokyo, Bad Mother and my personal favourite, Bitch, one which was particularly appreciated by the ladies in the crowd. Those who decided to come early were glad they did with Rya blowing everyone away. This is definitely a woman destined for big things, the power in her voice is truly remarkable and even better was that she looked like she enjoyed herself up there, dancing around the stage and interacting with her audience.

Next up was Jaguar Jonze, this lady brought the fun and the energy, dressed in a gorgeous yellow jumpsuit which she dubbed ‘pyjamas’ and, despite being sick, performed an absolutely killer set. Opening with Ribcage and following with At War With, she kept smashing out hit after hit, including Love Casino, Beijing Baby, Jerusalem Cherry, Diamonds and Liquid Gold. She had the crowd hooked within the first 20 seconds, and then went on to perform a fantastic cover of Britney Spears’ song Toxic – which was one of the best covers I’ve seen – before closing with debut single You Got Left Behind and Not Made for Love. 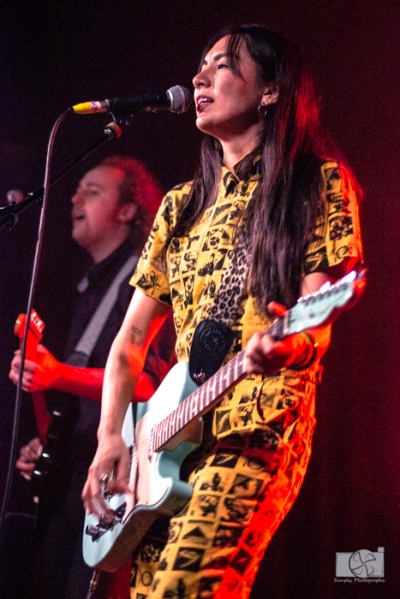 Proving herself as a woman of many talents, not only can she sing but she can also play the guitar and the flute! Everyone should jump on the Jaguar Jonze bandwagon before they miss out, this eclectic woman absolutely nails melodic while providing an intimate performance that leaves you wanting more. Definitely a musician I’d gladly see again.

Finally it was time for the queens to grace the stage: Clews. The audience were filled with anticipation and excitement awaiting the headliners. This dynamic duo kicked off their set with Salt to cheers from the audience, followed by Newage, alternating between having just the two of them onstage ‘getting back to where it all started’, and performing with the full band. Perfect Score, Hyperaware and No-one followed, each song filled with a big powerful chorus and heart exploding lyrics. 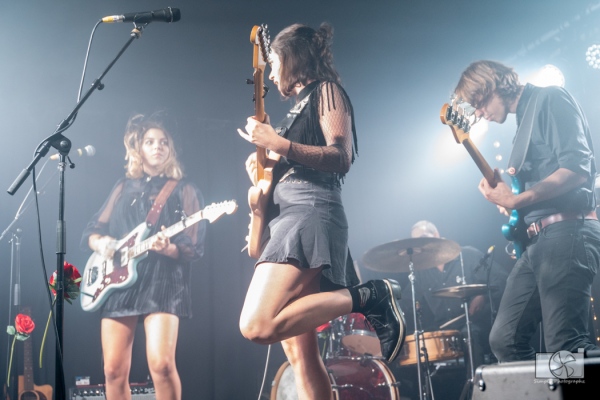 The strong relationship the sisters share is evident, going back to back and jamming out on their guitars several times. In honour of the show being for the ‘crushed’ tour they performed ‘crushed’. These powerhouse women went all out, right down to the tiniest detail, accompanied on the stage by a lifelike animal skull, a strange concept but one which made sense whilst performing hit song Museum, echoing the sentiment of being in a museum. These Sydney sisters are truly a dynamic duo both on and off the stage and making big waves in the music industry. Leaving their audience singing along instantly.

Closing a fantastic set with Hollywood and Feel, I was absolutely ‘crushed’ when they had to leave the stage, I gladly could’ve watched them perform all night. I am excited to see what’s next for these two rock sisters and hope they return to Melbourne soon.