Photographing the 2017 ARIA Music Awards Red Carpet last Tuesday was a one of a kind experience. Getting to the venue, The Star Event Centre in Pyrmont, was already an experience in itself.

Since I had never photographed an event as major as the ARIAs before, I was getting paranoid about not getting there on time and getting lost, so I ended up getting there at 11AM on the dot, even though the red carpet actually started at 2PM. My public transport schedule that I’d planned out to get there was WAY off to say the very least.

Once I got there, I had no idea what to do with myself and began aimlessly walking around the venue trying to kill some time since I had 3 hours until it started (I got lost multiple times as well). I eventually found my way to the photographer section of the red carpet and waited for everything to begin.

I have to admit that I didn’t know a solid 75 per cent of the people that walked the Red Carpet. Guy Sebastian, Julia Michaels, Jessica Mauboy, Samantha Jade, The Wiggles, Sophie Monk, Tkay Maidza, Kyle Sandilands and Vera Blue were some of the very few people I actually knew of on the day that rocked up. I also recognised a few YouTubers/Internet personalities from some of the events that I’ve photographed in the past such as Kurt Coleman, Cartia Mallan, and Alright Hey ­ but I’m pretty sure I was the only person that actually knew who they were.

I wasn’t the only one who didn’t know the people that walked the red carpet though. The majority of the other photographers were in the same boat as me; whenever an unfamiliar face would appear, the only thing you could hear was everyone murmuring to each other, “Who’s that? Do you know who that is?” only to receive a response from another fellow photographer going, “I have no idea.,” or, “I’ve never seen/heard of them in my entire life.”. Hearing all of this was so reassuring because I honestly felt pretty out of it for not knowing anyone.

To be honest, everyone, alongside myself, were mainly waiting for Harry Styles, Lorde, or the Pitch Perfect 3 cast to make an appearance on the red carpet, but unfortunately, none of them did. Although Harry Styles didn’t actually walk the red carpet, he did come out for like a minute to greet some of his fans. I only saw a glimpse of his hair.

After the conclusion of the Red Carpet, I made my way to the Iain Shedden Media Suite, located inside the building. The Media Suite was an area where media outlets and music journalists stayed in the duration of the event to watch what was happening during the awards show. Mick Fleetwood from Fleetwood Mac, alongside a few of the award winners made appearances at the Media Suite after winning their awards. Since Harry Styles won Best International Artist, I low-key was hoping that he’d come to the Media Suite so I could at take at least one photo of him, but much to my disappointment, he didn’t end up going there either.

The 2017 ARIA Music Awards was absolutely incredible, and I had the most amazing time photographing the event ­ it definitely had to be one of the main highlights of my life so far.

Some of the behind-the-scenes shots from the red carpet: 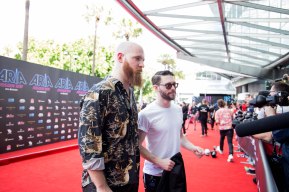 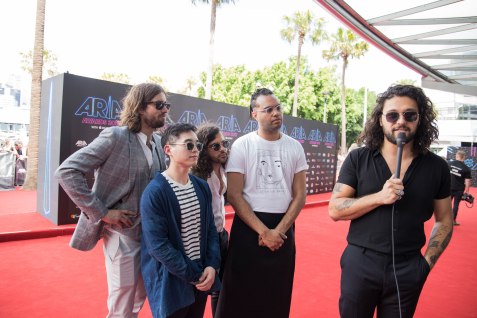 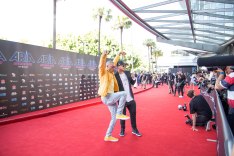 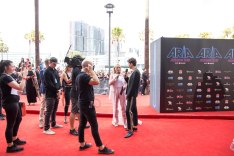 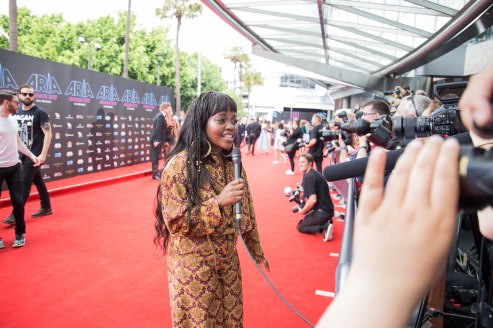 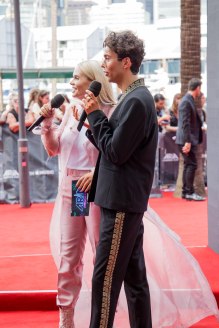 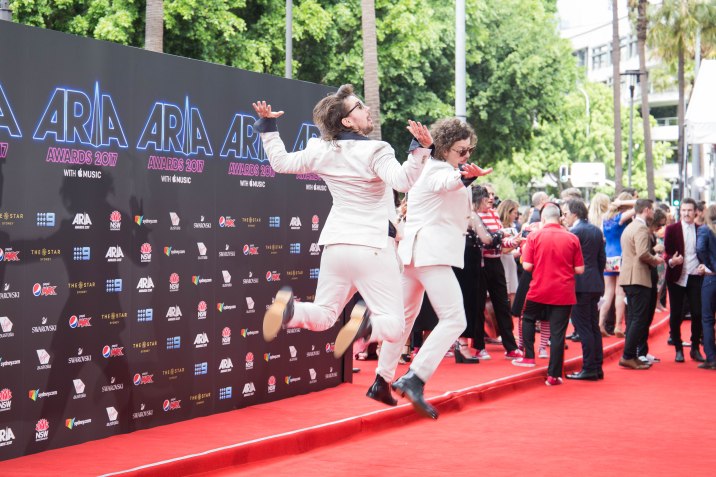