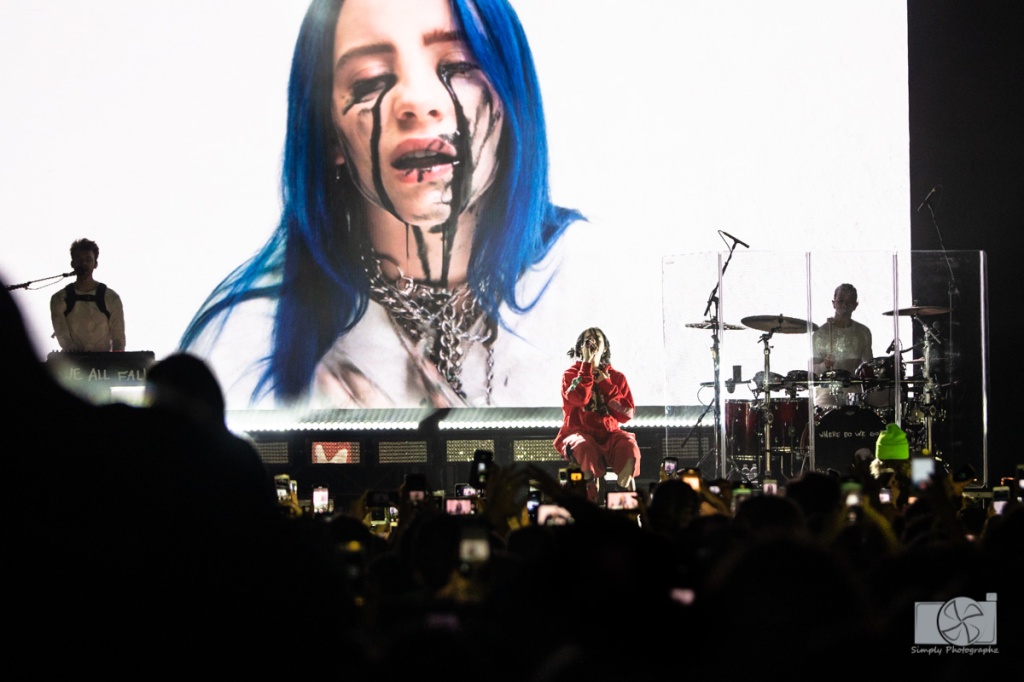 Billie Eilish is well known for her oversized tees and baggy pants (often blinged-out Gucci and other high end labels, let’s be honest) which hide the better part of her body. That has been a conscious decision on the 18-year old’s part, as she has repeatedly said she has never wanted to be judged off of her body.

Unfortunately, people still had their opinions of Eilish’s body because she is in the public eye. A fact Eilish appeared to recognise at her Miami concert on the weekend, where she kicked off her Where Do We Go? Tour.

During a short video interlude between songs, Eilish appeared on screen stripping down from a hoodie to a tank top then down to a bra, as she delivered a powerful message on body image and people’s perceptions of her.

Here’s what Eilish had to say in the video:

“The body I was born with, is it not what you wanted? If I wear what is comfortable, I am not a woman. If I shed the layers, I’m a slut. Though you’ve never seen my body, you still judge it, and judge me for it. Why? We make assumptions about people based on their size. We decide who they are. We decide what they’re worth. If I wear more. If I wear less. Who decides what that makes me? What that means? Is my value based only on your perceptions? Or is your opinion of me not my responsibility?”

The video was met by screams and cheers from her (mostly young female) audience.

Eilish’s message has always been a powerful one. Particularly from a girl who has until recently been underage. She addressed this herself not long before she turned 18, saying she wanted the option to flaunt her body: “… I’m gonna be a woman. I want to show my body.”

You can watch the video in a fan-shot clip here: